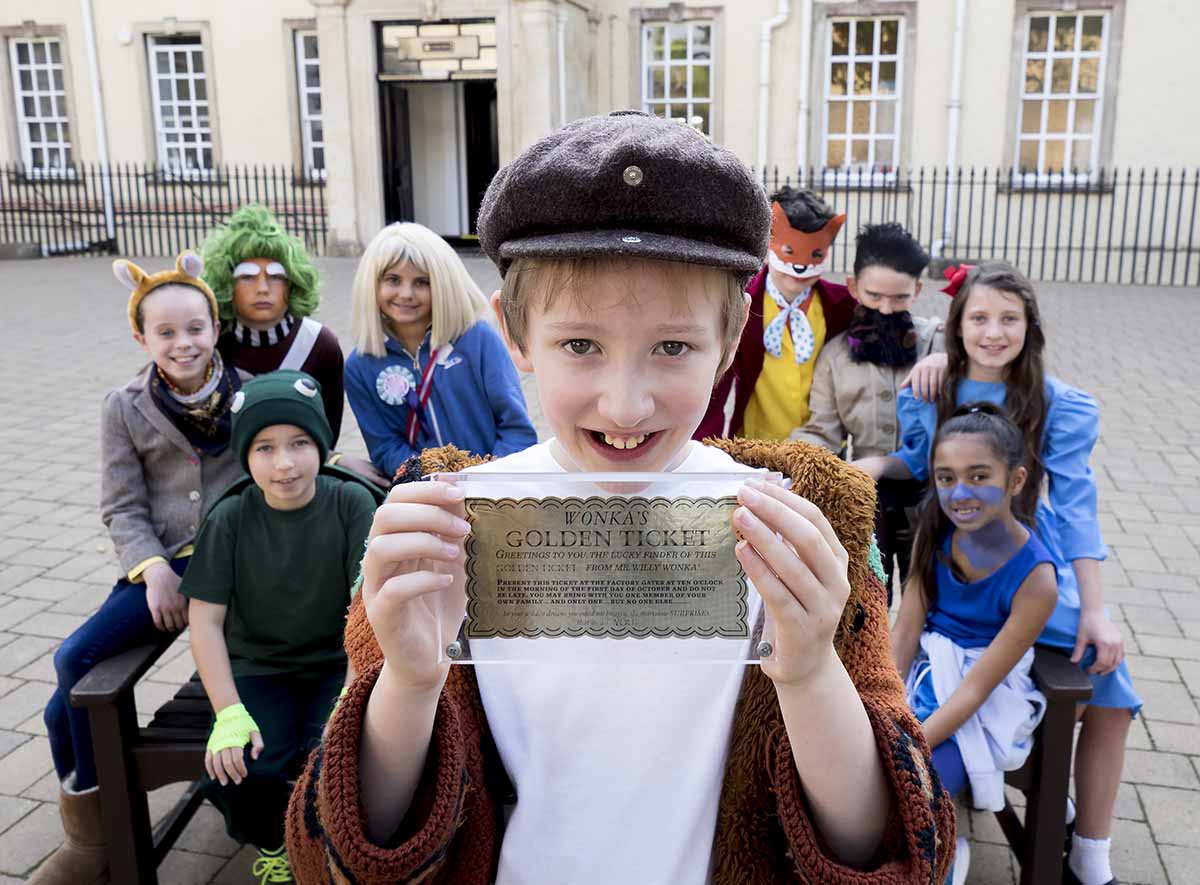 The iconic golden ticket that featured in the movie Charlie and the Chocolate Factory was on display at the Cathedral School today.

In the 1970s made movie there were just five golden tickets concealed in Wonka Bars across the world, in a competition where the lucky winners were given a tour of Willy Wonka’s factory.

And the lucky owner of Charlie’s ticket is Cardiff-founded E-learning company, Avantis Systems Ltd, after acquiring it at auction in New York from Bonhams Auction House last year.

And it was fitting that the ticket was on display for pupils at the Cathedral School, the school once attended by Roald Dahl, the author of Charlie and the Chocolate Factory.

Mrs Clare Sherwood, Head of the Cathedral School said: “We have been holding a series of events to mark the 100th anniversary of Roald Dahl who is our most famous former pupil.

“But having the actual Golden Ticket that appeared in the original Charlie and the Chocolate Factory movie on display in the School was very special and a highlight of our celebrations of the extraordinary life of Roald Dahl.

“We are extremely grateful to Avantis for allowing the pupils, and staff, to get ‘our hands’ on the sought after ticket.”

Rupert Rawnsley Technical Director of Avantis, said: “We were extremely excited to take the original golden ticket to the Cathedral School on such a special day. Avantis was founded in Cardiff, so it seemed particularly fitting that the golden ticket should be at Roald Dahl’s school to mark his centenary.”

In addition to the golden ticket visit, staff and pupils at the Cathedral School dressed up as their favourite Roald Dahl characters and enjoyed a day of activities inspired by the School’s most famous alumnus.

A peach tree was planted in the School grounds, the lunch menu, including Wormy Spaghetti, Fresh Mud Burgers and Wonka’s Whipple Scrumptious Fudgemallow Delight was scrumdiddlyumptious and all lessons had a Roald Dahl theme. In Physics, pupils tried to work out how many helium balloons it would take to lift a peach off the desk, in Maths, students considered the odds of winning a golden ticket and the sound of the Oompa Loompa song resounded throughout the Music department during the day!

The School will host a whole school Open Morning (Nursery-Sixth Form) on Saturday 1st October 2016. For further details, please contact the Registrar on 029 2083 8504 or registrar@cathedral-school.co.uk.