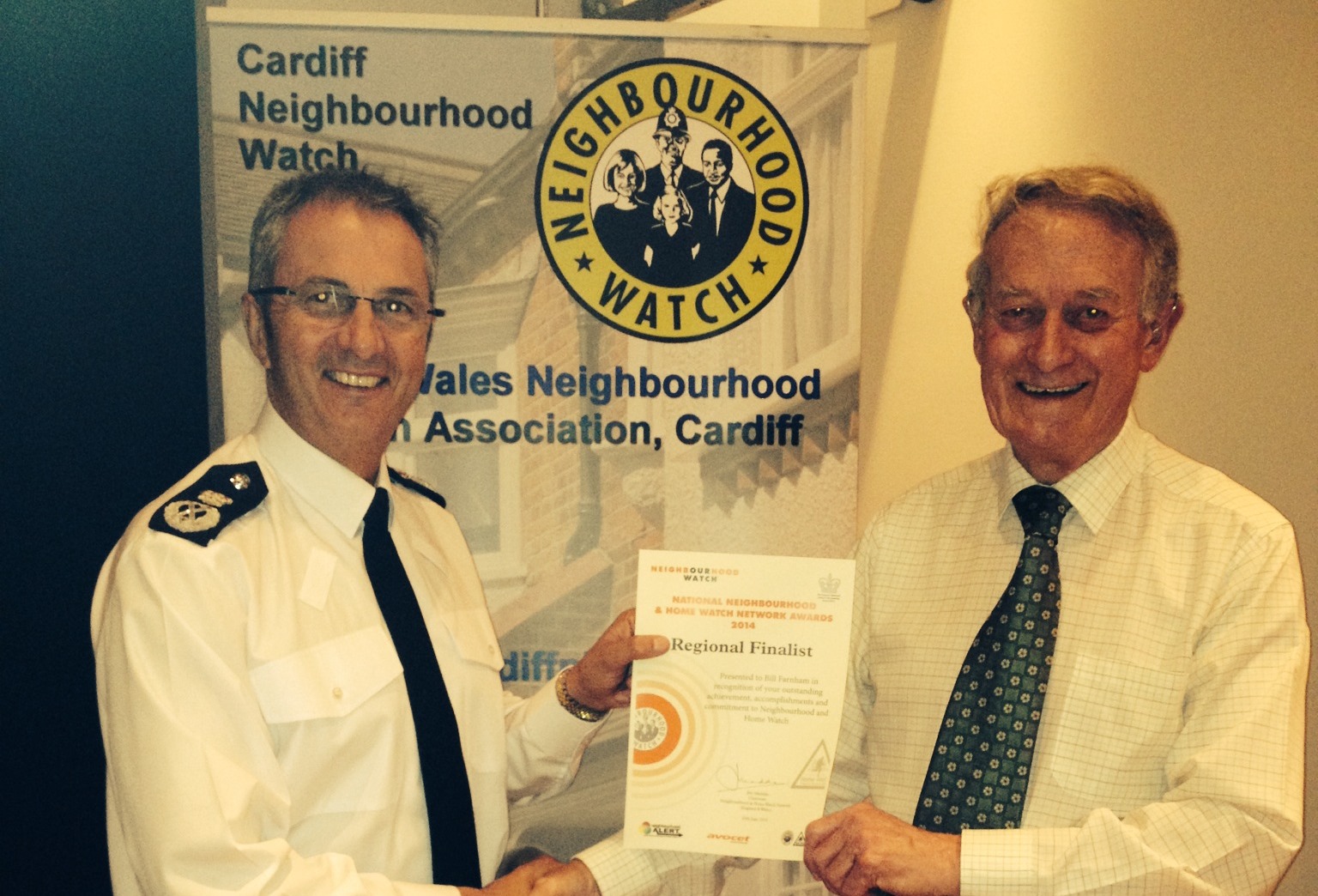 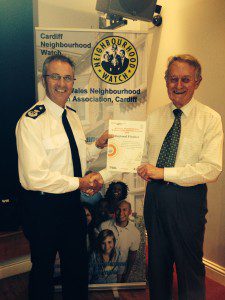 The National Neighbourhood and Home Wards Awards scheme was held again this year with nominations having to be submitted by 28th March 2014, for nominees to be informed prior to the actual presentations in London on 20th June 2014 if they had made it to the final two (winner and runner-up ) in their categories. Bill Farnham

Bill Farnham was nominated by Sgt Louise Lucas, Station Sergeant for Llanishen Police Station, and as well as listing all the activities Bill is and has been involved in, the nomination read “He is an inspirational gentleman who works tirelessly in promoting Neighbourhood Watch programmes across Cardiff. He is a volunteer who does not get paid but is in ‘work’ most days orchestrating meetings and new events to promote that feeling of safety to our community.

“He is forever requesting assistance in his innovative projects to deliver to our community and he is someone that really deserves this award because not only does he go the extra mile he gives his heart and soul and lives and breathes Neighbourhood Watch.”

Unfortunately Bill did not make it to the ‘final two’ but was a regional finalist and, as such, was award a certificate of merit for his outstanding contribution to Neighbourhood Watch. The guest speaker at our General Meeting on 20th May, 2014 was Mr Peter Vaughan, Chief Constable, South Wales Police, who very kindly offered to present Bill with his award at the meeting, for which Bill was very grateful. Bill has always said that he does not do this for ‘medals’ but is very pleased that what he does is appreciated. He has thanked Sgt Lucas for nominating him and will keep on promoting Neighbourhood Watch for as long as he can.