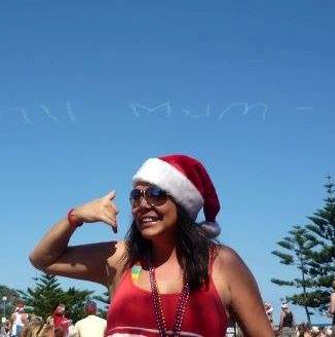 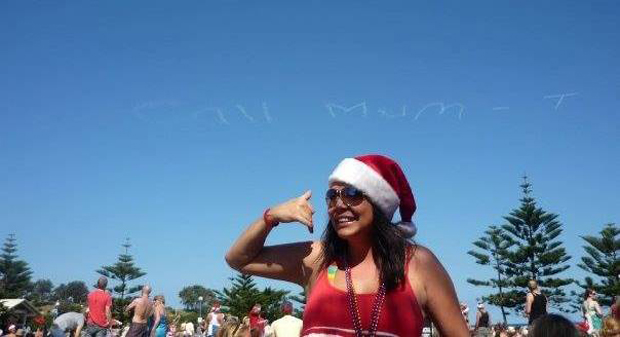 So it’s that time of year again; in the blink of an eye it’s the reckoning of naughty or nice. I tend to buy my own things as I can’t rely on Father Christmas turning a blind eye to my antics. I love Christmas. There I said it. I get giddy with excitement and have been known to push young children out of the way for a cuddle with a festive character dressed up to promote one thing or another.

I cry at the adverts, I drink the mulled wine, I pray that carol singers will call. I love the annual bookie’s odds on a white Christmas and totally buy into all the hype. In short I’m a marketer’s dream – if it’s about Christmas, smells like Christmas or looks like Christmas, then I dear sir, will have three!

But one year my Christmas was turned upside down – quite literally. I’d gone travelling for a year and was three months into my trip. I was about to spend my very first Christmas away from home in Australia. When I arrived in Sydney, via Thailand on December 12th, there were banners everywhere saying ‘Happy Christmas’. “I’m dreaming of a White Christmas” was blaring out through the arrivals hall. I thought ‘keep dreaming – it’ll never happen’.

We were in the height of an Aussie summer, 40 degrees sweltering heat and it couldn’t have felt further from Christmas if it tried.

All the Brits were in the same boat, a bit like Captain Cook. But we were in a hostel in Coogee and not one of us felt Christmassy at all. We decided to make the most of it and decorate our mixed dorm with tinsel, banners, and crepe paper. It looked like a party popper had had a heart attack and we loved it.

My Christmas morning began with a thumping headache met with cheers all around our room. We were all a bit fragile from our booze cruise around Sydney harbour the night before and the remnants of various fancy dress were strewn around the floor. It was a brilliant night but we were paying the price now, especially in the baking heat. Christmas dinner was to be a BBQ and picnic with the obligatory accompaniment of goon. For those of you who haven’t had the pleasure of drinking such a delight, it’s a box of cheap wine with a warning on the back that says ‘may contain fish bones’. Yummy!

It all started off so well. Bikini, booze and a BBQ with new found friends. It was awesome (dude). That is until a well-timed aeroplane went over the packed beach and spelt out “PHONE HOME” in its pretty joined up writing engine smoke. So I made like ET and did just that. One of my brothers answered the phone and I could hear the typical Christmas day chaos going on, shouts for help in the kitchen, laughter at a re-run of Only fools and Horses, choruses of ‘Hi Nikki’ and ‘G’day Sheila!’. And with that, I broke down into drunken-12-hour-time-difference-heat-stroke tears. I was in paradise, yet all I wanted was to be at home in Cardiff eating brussel sprouts with my family and arguing over the TV remote.

My Mam grabbed the phone and tried to calm me down but the goon and its fish bones had won. I was going all out now with my Oscar-winning-Gwyneth-Paltrow-sobbing-comedy-gold speech. I think the fact that my credit ran out on my pay as you go saved the day. It saved me from showing myself up further, saved my Mam from having to put up with my dramatics and saved the family’s turkey from burning- although secretly I
wished it was rubbish just because I wasn’t there to enjoy it too.

I rang back the next morning- their Christmas night, and laughed at how silly I’d been. Christmas was almost over for them yet, I still had the trip of a lifetime ahead. But in those moments, I knew what truly mattered. It’s about being with the people who you care about the most. The best gift you can give to anyone is presence and just like Dorothy I realised that at Christmas there’s no place like home.