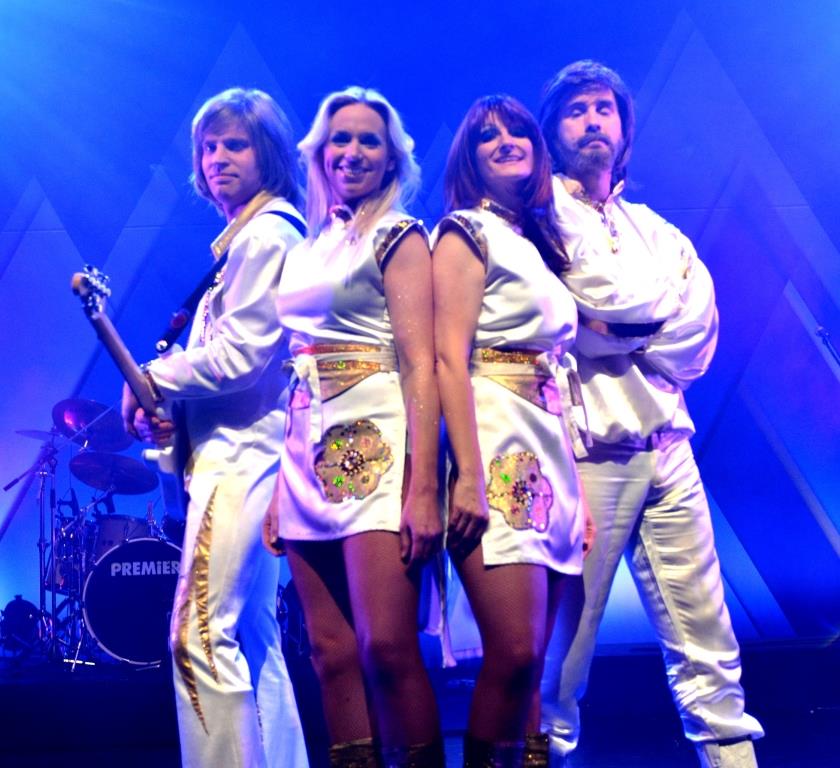 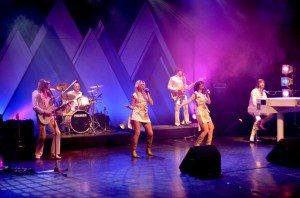 Having taken Europe by storm in 1974 when they won the Eurovision Song Contest with Waterloo, ABBA went onto top pop charts worldwide for well over a decade. Their much-loved songs have featured in some of the most popular films of the past thirty years including Muriel’s Wedding and The Adventures of Pricilla, Queen of the Desert.

In 1999, their songs were adapted into the phenomenally successful musical Mamma Mia which has grossed over $2 billion worldwide and introduced a whole new generation to hit songs including “Knowing Me, Knowing You”, “Take A Chance On Me”, “Thank You for the Music”, “Money, Money, Money”, “The Winner Takes It All”, “Voulez Vous” and “SOS”.

Following a 4 month run in London’s West End, and after a successful 4 year European tour selling out theatres, stadiums and concert halls, this award winning, critically acclaimed Abba Tribute performer, producer, choreographer and director together with The Reunion Group, created ABBA REUNION. Now in its 10th year, the show has become Internationally recognized as one of the top world-class authentic ABBA experiences, not to be missed!

The wonderful lyrics and music penned by Benny Andersson and Björn Ulvaeus are recreated by all six performers on stage both visually and audibly with a huge focus on the 1977 and 1979 concert footage with an injection of the most famous music video looks, complete with the fabulous, flamboyant costumes and dance moves of Agnetha and Frida. Even Benny’s original CP80 white Yamaha piano that spins around has been handcrafted to look like the original.

With it being the special 40th Anniversary of winning the Eurovision, a magical recreation finale awaits that will take you back to where it all began….complete with a bespoke copy of the famous silver star guitar that was played by Bjorn during that unforgettable performance in April 1974!

Superbly accurate vocals, mannerisms, outstanding authentic choreography and a full live-band, combined with stunning replica costumes captivates audiences from the opening refrain to the final sing – along chorus of this two – hour spectacular.

ABBA REUNION gives Abba fans, old and new, the opportunity to once again get together and re-live the addictive Abba phenomenon that swept the airwaves and discos during the 70’s and 80’s in this truly feel good, party style concert. From Dancing Queen to Waterloo all of the hits are performed with an incredible attention to detail resulting in the perfect Abba look and sound.

This tribute concert continues to entertain and enthrall throughout the world and leaves fans asking the question….”Did we just see the Abba Reunion Concert that never was?”.