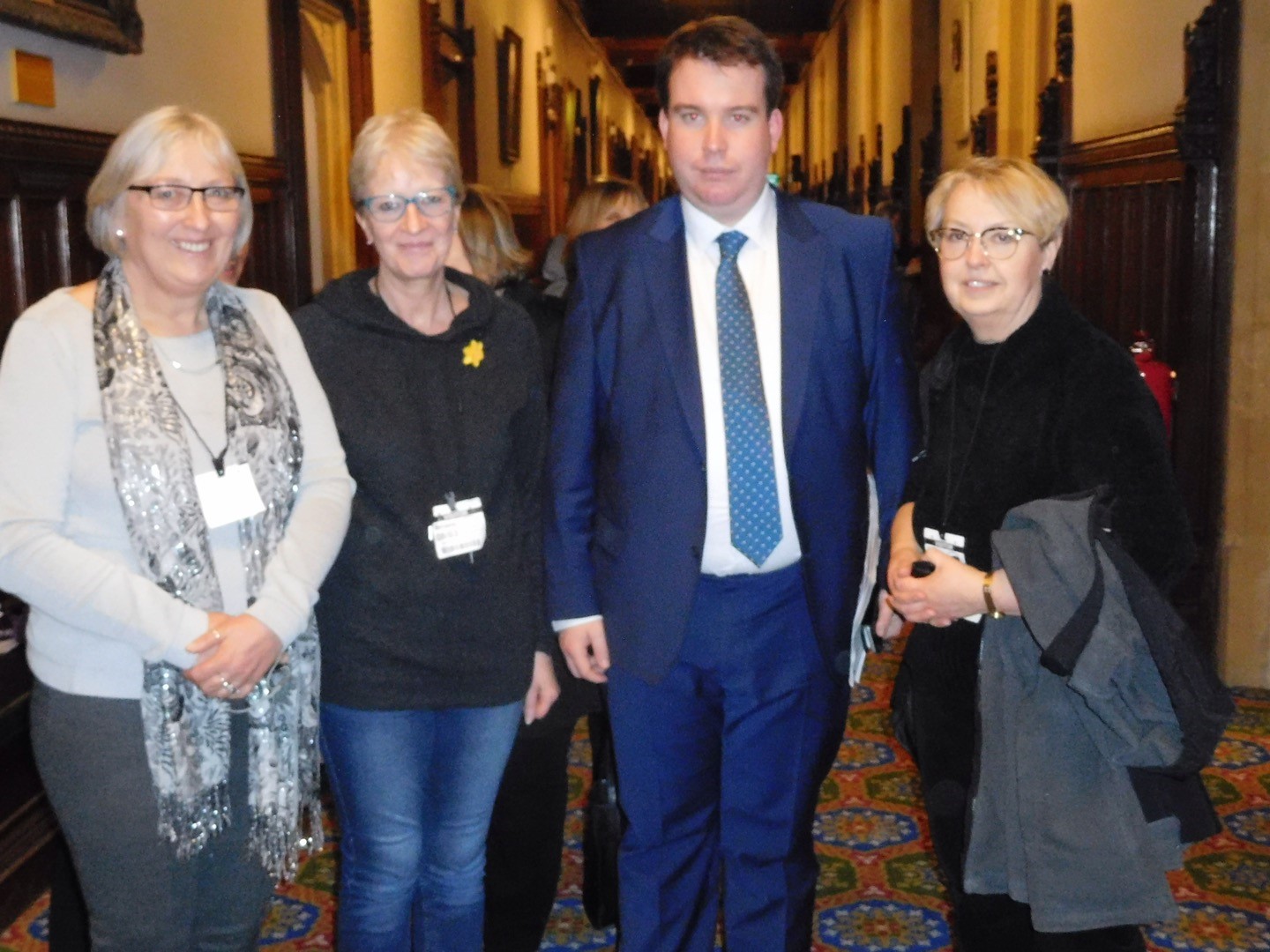 On 8 March over 7,000 women born in the 1950s from all four corners of the UK converged on Parliament to make themselves heard about the unjust way in which their pension age has been put back on more than one occasion. (The 1995 and 2011 Pensions Acts). The demonstration was organised by WASPI (Women Against State Pension Inequality).

This particular age group has been hit hard both by a lack of communication about their pensions from the Department for Works and Pensions (DWP) and in particular by the changes wrought by the 2011 Pensions Act that came so close to their retirement date that many have been unable to make sufficient provision for their retirement. The cartoon below best illustrates some of the injustice and shows that women born in 1953 will receive their pensions some 4 years apart simply depending on the month of their birth. The DWP has confirmed that some 3.48 million women are caught up in this nightmare. 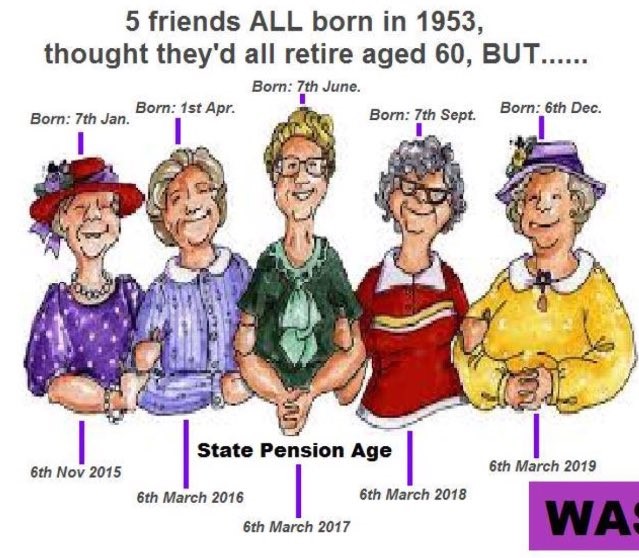 The Government has now committed to giving a minimum of 10 years notice for any future changes in state pension age but they refuse to apply this to our particular group of women.

Several coachloads travelled to London from Wales, including one containing members of Wales and the West WASPI. The women were joined by several men, who are also hit by these changes in that they have to wait several years longer for their wives and partners to reach their new pension age.

WASPI women do not contend the need to equalise pension ages, only the way in which it is being undertaken. They have been asking the government for transitional arrangements to help those women hardest hit by these changes. In this we are being supported by the all party Parliamentary Group co chaired by Carolyn Harris (Labour, Swansea East) and Tim Loughton (Conservative, East Worthing and Shoreham). The group contains members from all parties represented at Westminster and we are very grateful for their efforts on our behalf.

Following the demonstration outside Parliament we Welsh ladies and men, were able to meet up with our own Members of Parliament in a Committee room in the House of Commons. All Members (bar two) came along to talk to their constituents. We were very grateful to Craig Williams, Cardiff North, for managing to spare a few minutes from the Chamber where as a member of the Treasury team he was being kept very busy on budget day. 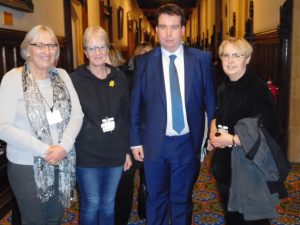 The essential things that women need to know are that:

 You will NOT get your State Pension at age 60;

 If you were born from 1953-1959 you may have had two or more State Pension date changes;

 You now need 35 years (not 30 yrs) National Insurance Contributions and must have a minimum of 10 years to receive any pension at all;

 You can no longer rely on a husband/partner/late husband’s contributions;

 If you contracted out (of the State Second Pension) during your working life you will not get the full Flat Rate State Pension which came into effect on 6th April 2016;

 If your school friends have already retired don t assume the time-tables are fair or even – they are not!;

 Check your State Pension details NOW with the DWP or online at Gov.uk/pension

 Men have been affected by the 2011 Act as well.
TO FIND OUT MORE
Join Wales and West WASPI Facebook page or contact welshwaspis@gmail.com

Or go online to www.waspi.co.uk