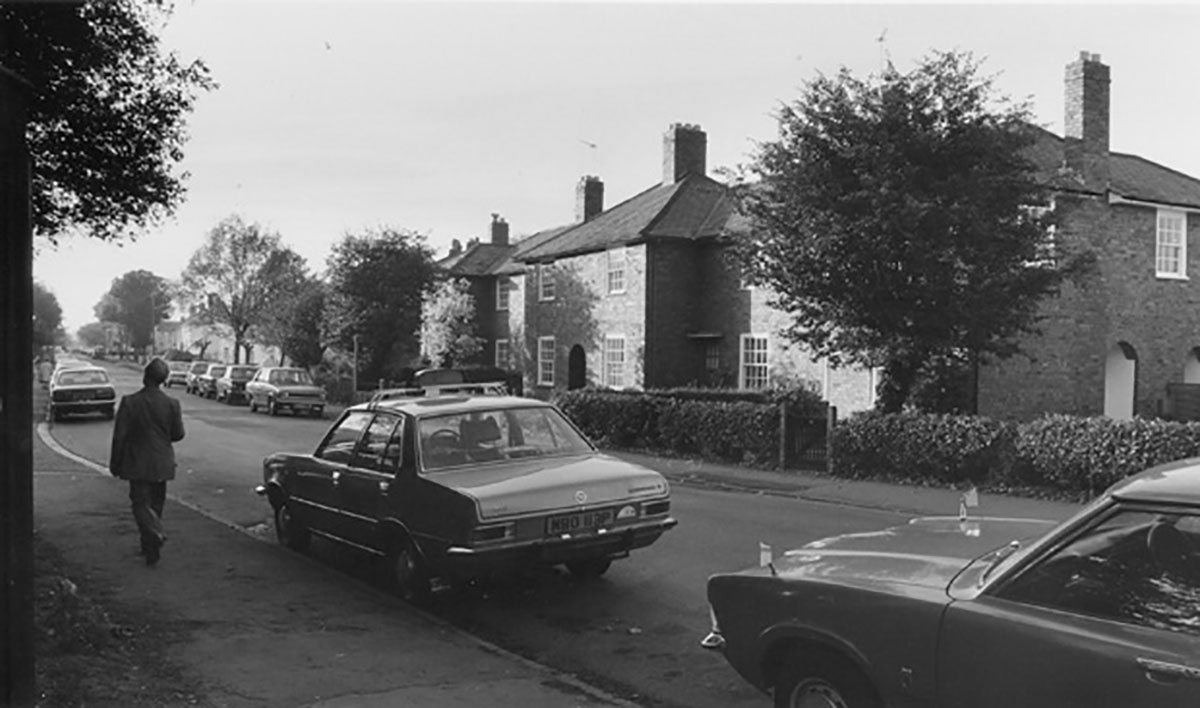 The 1970’s. What an era! Musically, it was the time of ‘Glam Rock’ – Slade, The Sweet and a now unmentionable fellow surnamed Glitter. On the sporting front it was the golden age of Leeds United – ‘Hot Shot’ Lorimer, ‘Sniffer’ Alan Clark and Norman ‘Bites yer Legs’ Hunter. I grew up on Heol y Deri. In front of our house was the now long gone ‘Green’ replete with a huge Dutch Elm tree. There on the ‘Green’ my ‘Sniffer’ Clark fantasies were enacted. Reality bit though when I booted the ball straight through Pastor Rice-Davies’ window. In the evening my dad made me own up, and took a trembling version of me around to see him. The kind hearted gent proceeded to forgive me and insisted that the expense was incurred by the church, and not from my pocket money.

Shopping in Rhiwbina was very different before the arrival of our large, out of town superstores. In the 1970’s the village had three small supermarkets, at least two grocers, a toy shop – Courtney Morgan’s – and a real Aladdin’s cave known as ‘The Tuck.’ The latter was a sweet shop run by Mr and Mrs Northcott. The jars of sweets on the shelves were a sight to behold. We also had three newsagents – Wilson’s, Crocker’s and Holly’s. Each shop seemed to contain ‘a character.’ Who would ever forget a certain lady grocer who, with hindsight, must have trained in the Basil Fawlty school of customer service? My mum used to cover my ears when we frequented her shop, lest I heard language that she didn’t want a little chap to hear and repeat! Her grocery also boasted a friendly little Scottie dog. Health and Safety evidently was not the issue then as it is today!

Friday evenings during my childhood were devoted to choir practice in All Saints Church. The fruits of this were revealed at 1030 and 1830 on Sundays, and the occasional Saturday wedding. The church gave me a formative musical and spiritual education. I soon knew the Apostles’ Creed by heart – a summary statement of the Christian Faith. Something must have stuck, as I recently had a book published explaining this Creed. The work has been translated into Serbian.

The stream near to All Saints was a source of great fascination and pleasure during the summer months. We used to catch minnows in jam jars, and even the odd trout with hook and line. I used to give the trout to my Uncle John. He was a master chef who lived above Gill’s Travel. I was in awe of his skill in the kitchen. All Saints was also surrounded by what seemed miles of fields and forests. Where houses are now, we used to make wonderful ‘dens.’

Rhiwbina – or technically ‘Rhiwbeina’ – Junior School was a whole three minutes away from our house. I didn’t learn a lot there, for most of the time seemed to be spent laughing. Mr Walters, the Headmaster had ‘gravitas’ and commanded respect. I was convinced he was a contemporary of Noah! Mrs Jones, our teacher, was keen that we all learn Welsh. My dad – who came to Rhiwbina from England – was convinced the Urdd was some kind of subversive, political organisation, out to convert us kids to the Welsh Nationalist cause! Educational methods were ‘traditional’ – chanting times tables, mental arithmetic and Friday spelling tests. Although the technology employed didn’t go much beyond chalk on a blackboard, looking back, it all stood me in good stead. I am aware of my debt to all the teachers I antagonised!

When I think of Rhiwbina, I think of: soccer in Cae Delyn and Parc y Pentre; the church and hymns; bluebells on the Wenallt; ‘Mr Echo’ at the then open reservoir by the Wenallt; superb views of Cardiff from the top of the Wenallt, and the great friendship and encouragement of my maternal grand parents, whom I saw every week. In those days, we had no internet, mobile phones or microwave ovens. How did we get by? Famously! All in all, I had the greatest childhood a boy could ever wish for. I eventually moved to Belfast during the ‘troubles.’ There, bombs and army helicopters sometimes kept me awake at night. When they did so, thinking back to my childhood in Rhiwbina used give me a wonderful calm.