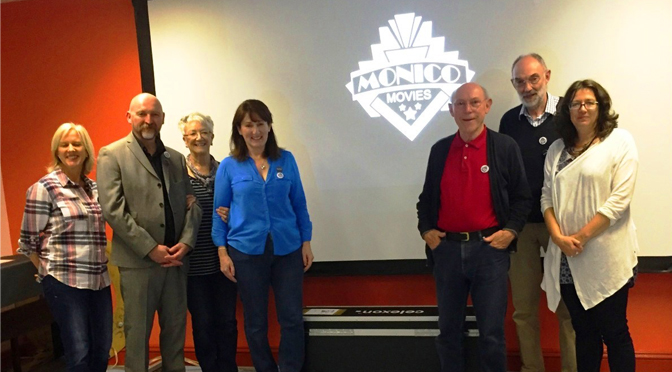 As a child, Harley Jones went to a weekly cinema show that was held in a youth club in the small village of Birchgrove near Swansea.

Seated on long low wooden benches, he would watch 16mm comedies featuring Laurel and Hardy and many classic feature films, all projected on to a big screen with an audience of other children.
“I recall fights breaking out when the film broke in the projector.” he says.

It was in the austere 1950s and refreshments were free jam sandwiches in the interval when the projectionist changed the reels. As a youngster, and bitten by the film bug, Harley was a regular fan of the Saturday morning cinema club held at the Embassy cinema in Bridgend. He went on to make his own films as a teenage amateur film maker. 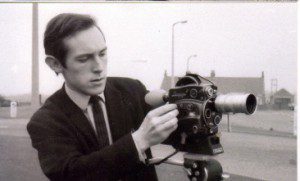 Harley behind a camera

Harley met his wife Vivienne, when they both worked in the BBC film Unit in Cardiff. Harley was a film editor and Vivienne secretary to film producer John Ormond. Leaving the BBC, they went on to work for Dr John Grierson – the legendary father of British documentary film – on his weekly TV programme ‘This Wonderful World’ for ITV’s Scottish Television. Not many knew that that the show was actually scripted and edited in a small studio in the Western Mail office here in Cardiff. Vivienne and Harley would then fly up with Dr Grierson to the Theatre Royal studios in Glasgow to record the programmes. Harley later went on to set up the Newport Film School and after some years, with Vivienne, established Celtic Films making many programmes for S4C, The National Trust and Wales Tourist Board amongst many. 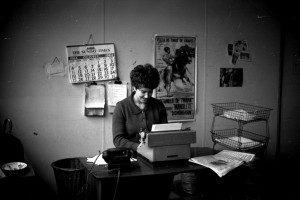 An idea of a pop up cinema here in Rhiwbina had been simmering for some time and was born after the pair attended a workshop earlier this Summer in Burnley, Lancs. It was run by ‘ Cinema For All’ – a support group who have enabled film clubs to be set up in other areas of the UK. 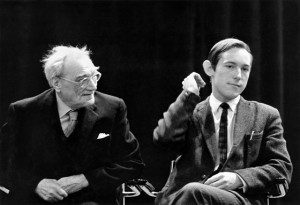 Having been inspired by what they learnt, they thought long and hard about how to bring the idea to Rhiwbina; they invited a handful of community-minded people to a meeting to put forward the idea of starting a not-for-profit community cinema. After a glass or two of wine and lots of discussion, they were amazed and delighted with the response and real enthusiasm of the group. The name of the cinema would be of great importance and it was decided to build on everyone’s fond memories of Rhiwbina’s famous cinema, The Monico; so to strike a chord with local people ‘Monico Movies’ was born. 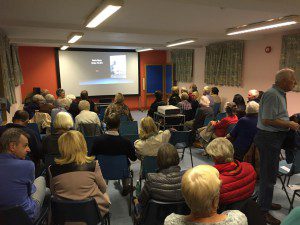 It was agreed to screen monthly films in the heart of the village so that residents could walk to that special shared cinema experience. Harley and Vivienne feel that they have struck lucky with the enthusiastic, hard working team. Within hours, Garry Edmiston Taylor had designed the website, Suzanne Harding the Facebook page, Lloyd Williams designed the fab art deco logo, Meurig Williams the tickets and posters, Justin McCarthy had agreed to act as Treasurer, Janice Lane to make promotional badges and Jennifer Griffiths to help with ticket sales!

But how to create an enjoyable viewing experience to rival that of the Showcase or Odeon? With advice from ‘Cinema For All’ and with technical support from Film Hub Wales, Monico Movies now achieves very high quality projection and audio playback.

The most difficult task was finding a suitable venue. There are many halls around but most have regular meetings and are heavily booked but ‘The Studio’ in Canolfan Beulah was hired for the first few screenings where seating is limited to only 60. With bumper ticket sales and audiences aged between 16 and 95 years for the first two screenings, the group was encouraged to look for a larger hall and are planning to hold the December show in a larger room in the Canolfan.

Different venues are being considered as the group would ideally prefer a permanent home. Ginger White’s, Deri Stores and The Honey Pot are selling the tickets. 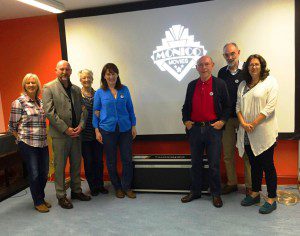 Future ideas include building on the social side of the evenings by offering refreshments, ‘themed evenings’ and possibly outdoor screenings during the summer. The group also plans to show a variety of films, a mixture of popular, unusual, animation etc.

Monico Movies is a community cinema established by cinema enthusiasts in Rhiwbina who wish to share a love of cinema. It is hoped that the cinema will go from strength to strength, draw the community together and have a permanent place in the cultural life of the village.

Words by Harley and Vivienne Jones