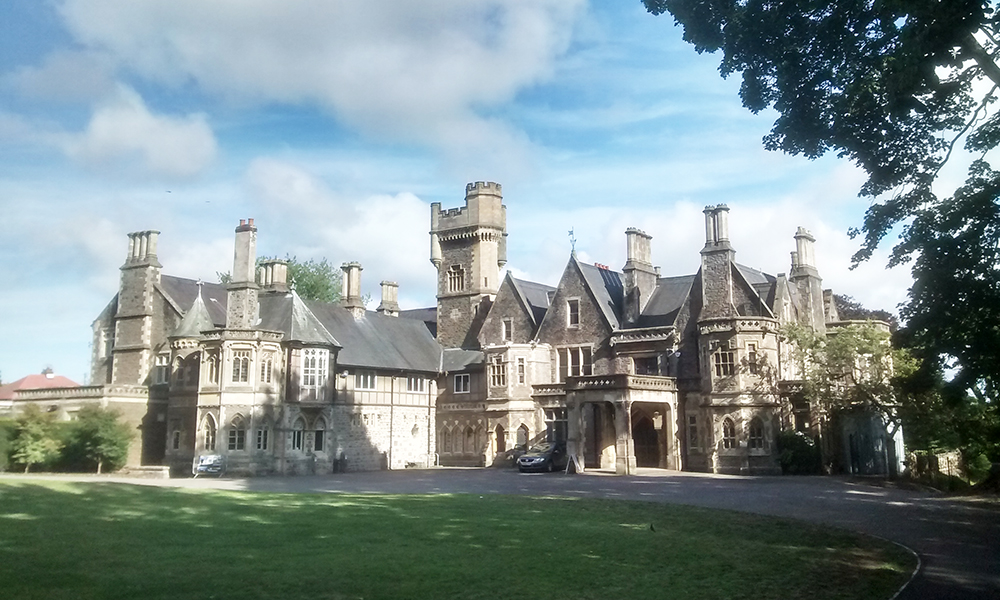 Insole Court has been shortlisted for a Heritage Angel Award, in recognition of the tremendous efforts undertaken by the community, campaigners, volunteers, trustees and staff to rescue its historic buildings and bring the once forgotten national heritage treasure back to life.

The former home of one of Cardiff’s great coal-merchant families, the Insoles, was originally saved by a community effort and has since been restored to preserve its rich local history. Now in the hands of a charity, Insole Court Trust, the house and gardens are open to the public and hosts a variety of classes, events and activities. Insole Court has this year begun hosting weddings and has more recently opened a new immersive walkthrough audio drama, opening up the first floor of the mansion for the first time since the 1970’s, to tell the story of the Insole family, their triumphs and their tragedies.

In light of the Trust’s heritage achievements, Insole Court has been shortlisted for a “Best Rescue of an Historic Building or Place (for projects under £5m)”, which recognises volunteers and professionals, individuals and groups who have rescued a historic building, place, landscape or site.

The Heritage Angel Awards Wales are a celebration of people who make a difference to the heritage in Wales in various ways: through fundraising and restoring historic buildings, through the traditional construction skills they bring to projects, through training and inspiring others, through the ways that they bring historic places to life.

Insole Court Chairman, Sir Norman Lloyd-Edwards said: “We are extremely proud to have been shortlisted for an award that recognises the collective efforts many have made to protect, restore and preserve Insole Court. As a Trust, we are committed to the continued preservation and protection of Insole Court and its gardens for public benefit, education, well-being, social welfare and recreation; to win an award that formally celebrates and acknowledges our project and vision would be a great honour and achievement.”

The Awards are funded by the Andrew Lloyd Webber Foundation and have grown out of Andrew’s personal passion for historic buildings and his admiration for those who rescue and restore them.

Andrew Lloyd Webber said: “I applaud everyone who enters the Angel Awards and showcases the marvellous work they are doing to rescue and sustain our heritage. I am particularly pleased that Wales is involved this year which means the Angel Awards are running for the first time right across the UK.

“The Angel Awards shine a light on the special individuals and groups who tackle difficult historic buildings and sites at risk and inspire others to get involved. I am thrilled that at the London ceremony we will be presenting a special award to the overall winner from all the Angel Award categories in England, Northern Ireland, Scotland and Wales.”

The winners in each category will be announced at the awards ceremony in Caerphilly Castle on Thursday 8 November.

The overall winner from all four nations (England, Wales, Scotland and Northern Ireland) will be announced at a gala event in London on 27 November 2018.