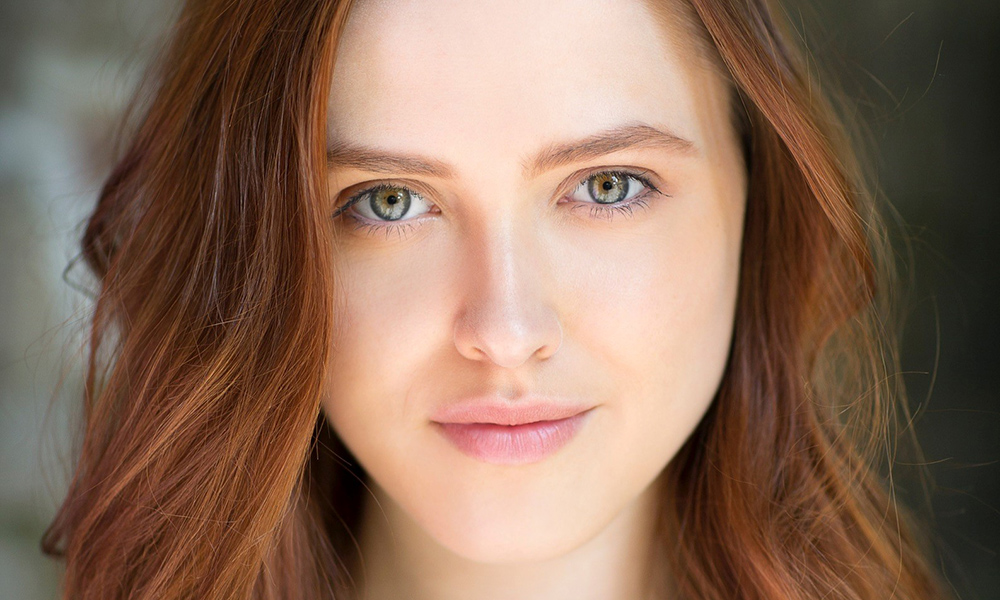 She’s still only 26 but Rhiwbina actress Elinor Crawley already has an impressive showreel in the can. She talks exclusively to Living Magazines about her home village and her career to date

She’s appeared on our screens in prime time British dramas and she’s even featured alongside Gabriel Byrne in the international TV hit Vikings. But for Rhiwbina actress Elinor Crawley, it all started here in North Cardiff.

“I grew up in Rhiwbina with my mother, father and older sister Louise and attended Rhiwbeina Primary School,” recalls Elinor.

“I have lots of lovely memories of Rhiwbina. I grew up on Heol-Y-Nant, right by Caedelyn Park which is where Dad would take me regularly after school when I learnt to ride a bike. I loved it and thought I was the coolest thing ever after the stabilisers came off. We were also down the road from the fire station where we went religiously for Bonfire Night each year. A free Freddo and fireworks – what more could you want?

“I have spent countless hours in Rhiwbina Memorial Hall for dance lessons with Liza and Maureen Meggitt. The confidence, technique and work ethic I gained preparing for rigorous exams and professional work still serves me during auditions and shoots, despite not pursuing a career in musical theatre.

“We later moved to Whitchurch when I was 12 and already attending Whitchurch High School. My parents still live in Whitchurch and I return from London regularly to visit them.”

Acting was in the family blood and from a young age, Elinor had a good idea of what she wanted to do when she grew up.

“My mother trained as an actress at the Welsh College of Music and Drama but didn’t pursue a career in acting after graduating. Growing up, she would tell me stories of productions she had been in and parts she had played, and her accounts of fun and camaraderie definitely piqued my interest.

“I was very busy during my school years and Mum would often be shuttling me to and from dancing classes, music lessons and drama groups like a maniac in the evenings. I think she understood the importance of having experiences outside of school and I am so grateful for the opportunities I had when I was young. The encouragement and support from both of my parents over the years has been absolutely invaluable.

“From the age of 13 to 18, I attended The Workshop, run by Pete Wooldridge in Cardiff Bay. There I learnt so much about screen acting and had opportunities to meet with casting directors and get a real sense of the business. It was through the workshop that I got my first small pieces of work – a short film for Cardiff Castle, a children’s TV show and eventually a movie called Submarine. However the real lesson was how to deal with the near misses! Pete was an excellent mentor throughout and I would definitely recommend The Workshop to anyone interested in acting. It is a very special place.” 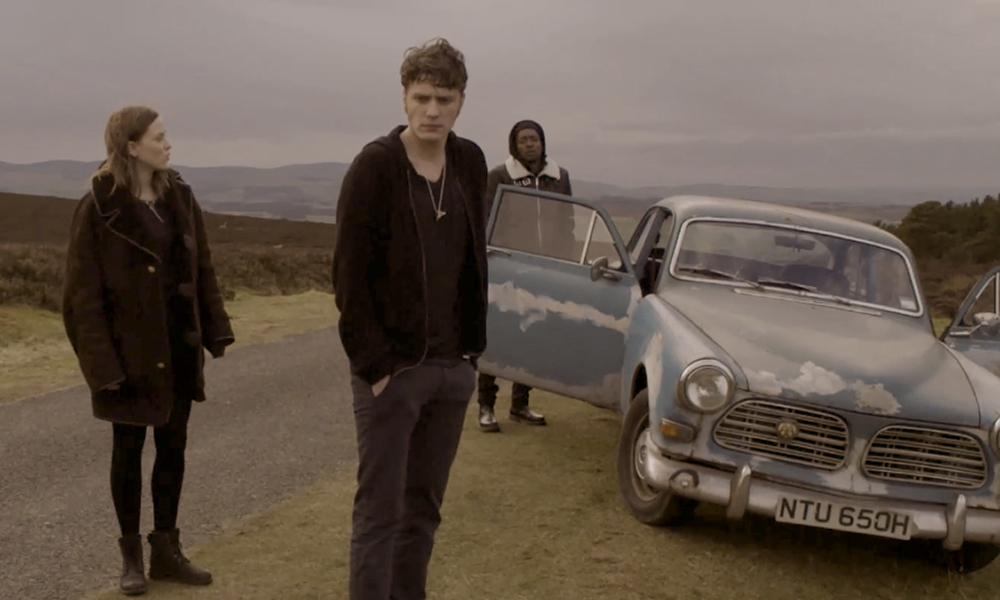 Submarine was a 2010 British-American coming-of-age comedy-drama film, adapted from the 2008 novel Submarine by Joe Dunthorne. The film was written and directed by Richard Ayoade in his directorial debut.

“I was 17 when I auditioned for Submarine. I remember Pete had sent a tape of me to the casting director and the director, Richard Ayoade, who came to meet me at The Workshop a few weeks later. I spent the next half term break shooting in Swansea and I remember being on set and thinking to myself ‘I’m going to have to make a real go of this or I’ll regret it.’ I think I’d been too scared to think of it as ‘a real job’ before then. Even people outside of the industry will tell you it’s a difficult path to choose and it is – there have been many blows that have made me feel crazy for choosing it. But it’s also the most unpredictable and exciting world filled with the some of the most interesting people you will meet.”

Life for Elinor changed after Submarine, which proved a catalyst for her career.

“Getting the part in Submarine was a massive boost to my career. It was my first high profile job and as a result, I landed my first London agent and started travelling up there regularly for auditions. To this day, people still mention Submarine as one of their favourite films. I think it holds a place in many people’s hearts and I am very proud to have been a small part of it.”

Elinor then swapped the hills of Wales for the mountains of Scandinavia in her next role of Thyri, the daughter of Earl Haraldson, played by Gabriel Byrne in Vikings.

“I have had many favourites roles for different reasons, but I think in terms of scale you can’t beat Vikings. The production was absolutely epic! We shot at some of the most beautiful locations in Wicklow Ireland – at waterfalls, lakes, forests as well as in the studio. One of our main locations was the Guinness family estate and the set designers built a whole Viking village on the shore of their lake. The detail was absolutely incredible and I’ll never forget stepping on set for the first time and being totally absorbed by the world that they had created. That, along with the fact that Irish crew are some of the best you’ll come by, made for an immense series to work on.” 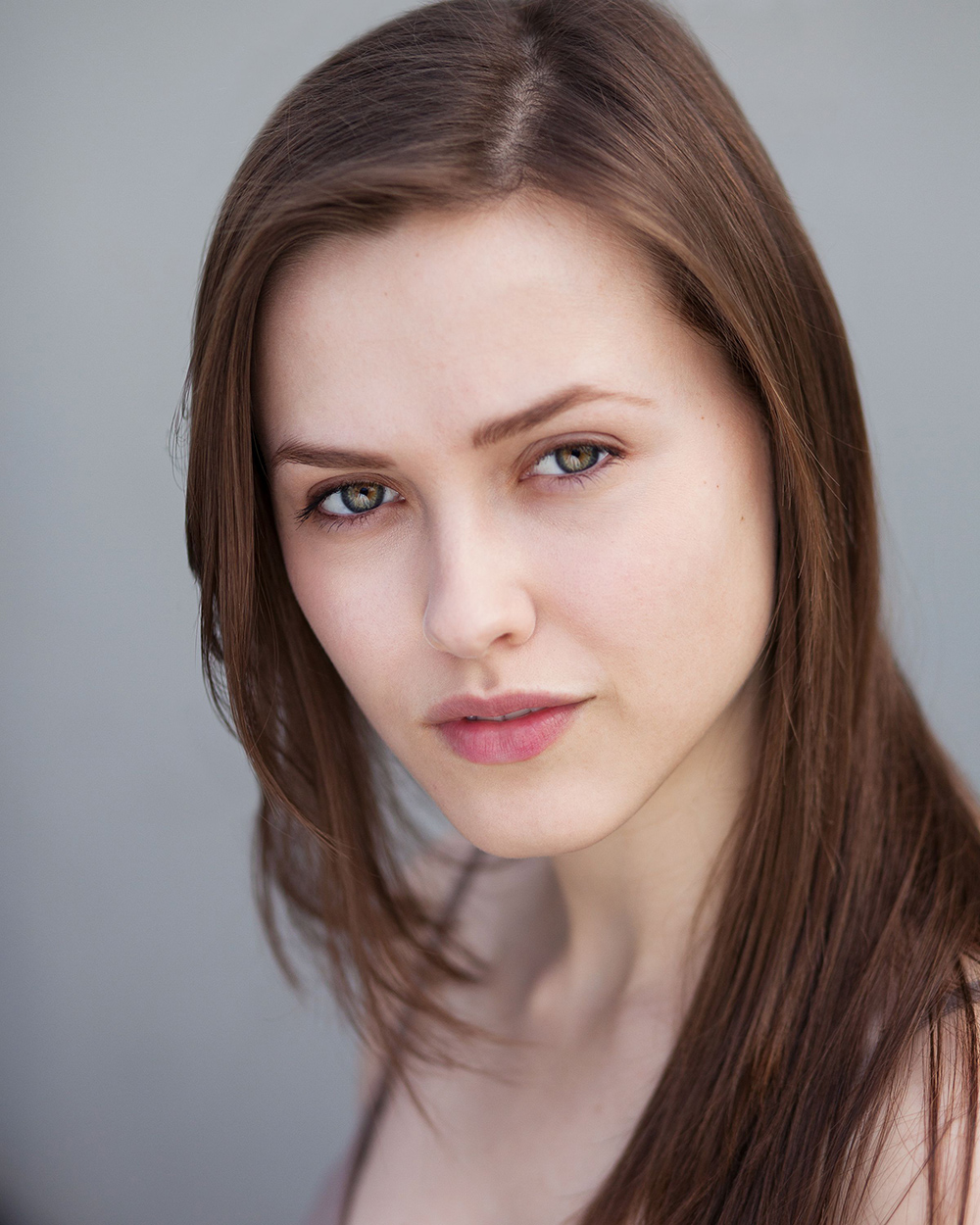 In 2013, Elinor took on the role of Cecily of York in BBC’s The White Queen and in 2014, featured in the BBC’s popular drama series Ordinary Lies. More recently, Elinor has taken on more major movie roles:

“This year I shot an indie film playing my first proper lead. It’s a rock and roll road trip movie with a physiological twist called Burning Men and the experience was fantastic. We travelled from London all the way up the east coast to the Holy Island of Lindisfarne, stopping to shoot in various towns and cities over four weeks. It really struck me how eerie some parts of England are and I think they will really translate well onto film. Burning Men is in the edit at the moment but it’s one I’m really looking forward to watching!”

All of this is a long way from where it all started at Whitchurch High School.

“I remember my first drama lesson with TP (Miss Thornton-Phillips) in Lower School and thinking I was going to like it there. Playing at the Llandaff Cathedral Christmas Concert with the orchestra each year are fond memories of mine. I loved Biology lessons with Miss Taylor and Mr Grieve and I remember buying an ostrich costume as a leaving present for Miss Heavyside who was my English teacher at A Level. She wore the costume around the school as if it was completely normal.”

Elinor was diagnosed with Type 1 diabetes while still at school but that hasn’t stopped her achieving her ambitions.

“Type 1 diabetes is a completely manageable condition and it has never stopped me doing anything in life. However, it is constant. You can never take a break from it or ignore it – even when you go to sleep! You have to think about every move you make and how it could affect you and that is something I struggle with from time to time. I was diagnosed when I was 9 years old so I don’t remember a lot of what life was like without diabetes. I have used an insulin pump instead of injections since I was a child and I think that has helped my management a great deal, particularly in an industry with no routine. But there are still days when everything goes to pot. I think that’s just part and parcel of the condition and it’s hard not to feel some kind of guilt when your blood sugar levels aren’t what they should be.

“What many people don’t realise is that there are hundreds of factors that can affect your blood sugar from altitude to stress, illness or emotions and it’s impossible to keep track of every factor accurately. In the last couple of years, I have started working with Diabetes UK to raise awareness of the condition and highlight the incredible work that they do. I have felt their support and benefited from the research they have funded from the day I was diagnosed. It is absolutely vital that their work continues.”

Looking ahead, Elinor is taking one step at a time.

“I am constantly aware of how fickle my industry is so right now I’d just love to be able to keep working, for as long as I can. Otherwise, I love the unpredictability of my job so I am happy to go wherever it will take me!”