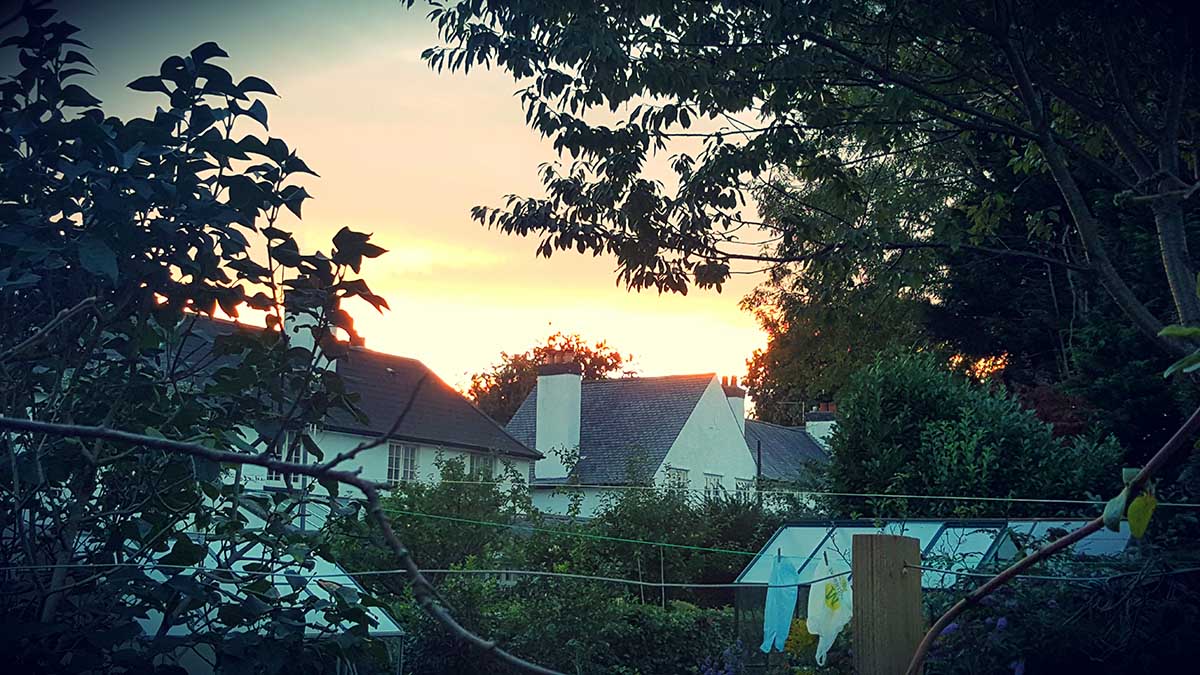 Historically, cider making and drinking has been a community-based event. This is epitomized by the ancient tradition of wassailing, which refers to the custom of people gathering together to visit orchards, drink cider, recite incantations and sing to the apple trees to promote a good harvest for the coming year. This tradition inspired the idea of planting a community cider orchard in Rhiwbina.

There is also a story that there was once a communal orchard within Parc-y-Pentre when the park was used as an allotment area. So last autumn a group of Rhiwbina residents agreed to plant a cider apple tree or two in their gardens with the intention of creating a communal orchard. Now over 30 heritage cider and perry (pear) tree varieties have been planted in various peoples gardens in the Rhiwbina Garden Village. The big idea is that in a few years time when the trees have matured, a community event can be organized to harvest and press the fruit and produce a unique local cider for everybody to share and enjoy.

The key to making good cider is to use a blend of different cider apples in a similar way that wine producers blend different grape varieties. Cider apples are very different to the usual dessert and cooker style apples that are found in most of our gardens. Cider apples are usually smaller in size and have a dry bittersweet taste due to the higher levels of tannins present in the fruit. Most of these old cider tree varieties have been lost from our communities but a small cider producer called Welsh Mountain Cider based on a small hillside orchard in Llanidloes has preserved many of these British heritage varieties including some old Welsh stocks such as Pig Aderyn, Glyndwr, Pen Caled and Hughes Cariad. They also produce a very good organic, sulphite-free cider using only the natural native yeasts and the fermentation in performed in old oak whiskey barrels.

If you are interested in purchasing a heritage apple tree variety or sampling their cider then please visit their website at www.welshmountaincider.com. Cider apples can also be used to produce very tasty apple juice and can also be used in baking and cooking.

A number of people in Rhiwbina have made their own cider presses and have been making cider on a small scale for a number of years. The production of cider is quite a simple process and involves mulching the apples followed by pressing to harvest the juice and then fermentation. The fermentation can either be carried out by the natural yeast which are already present on the apple skin or by adding a wine making yeast. Once the fermentation has finished the cider is treated with a small amount of sulphite to prevent bacteria from converting the cider into vinegar and then it is stored in an airtight container or bottle. Cider is best fermented over the winter at low temperature and in large volumes (25l) and then in the spring when the temperatures rise the cider undergoes a second fermentation step called a malolactic fermentation.

A typical cider made in this way will have an alcolhol content of around 6-7% but this really depends on the sugar content of the apples used in the first place. The cider is best drunk in May through to July although it can be kept for longer periods of time if it is bottled.