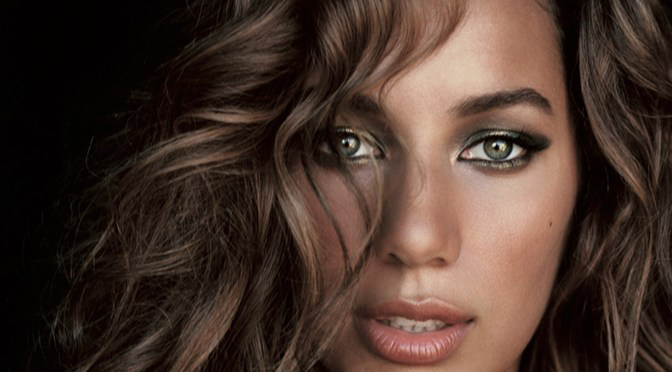 I’m sat in my car outside a drive-thru Starbucks. The winter’s rain is pit-pattering on the steamed-up windscreen and on my lap, I’m juggling a pen, a writing pad and a piping hot Grande Caramel Macchiato.

Wedged between my shoulder and my ear is my mobile phone. And on the other end of the phone is X Factor winner and global superstar Leona Lewis. She’s telling me about her pet rabbit Melrose.

“I met this homeless man on Melrose Avenue in LA where I was living,” she says “He had a rabbit with him on a lead and didn’t know what to do with it so I told him I’d take it home and look after it. It runs around my garden now and seems a lot happier than living on the streets. I gave the homeless man $100 to go and buy some food as he said he might end up eating the rabbit.”

The real reason she’s on the phone is because she’s promoting her tour, which comes to Cardiff in March.

“I’ve got a good few connections with Wales. My mum is from Penarth and I’ve got family who live in Rhoose. In fact, the last time I played Cardiff, I brought my cousin up on stage where he proposed to his girlfriend. They loved it, the crowd loved and I loved it too – everyone loved it!”

After taking the X Factor crown in 2006, her winner’s single, a cover of Kelly Clarkson’s A Moment Like This peaked at number one for four weeks on the UK Singles Chart, breaking the world record for having 50,000 digital downloads within 30 minutes. Her success continued with the release of her debut album, Spirit, in 2007; it went 10x platinum in the UK, while the lead single, Bleeding Love, spent seven weeks at number one. She achieved international recognition with the album in 2008 when she became the first British female solo artist to top the US Billboard 200 album chart in more than 20 years.

With a career spanning nearly nine years, Leona is the best-selling act to have emerged from The X Factor franchise, having sold 20 million records worldwide. But this is Leona’s first tour in three years and she is genuinely passionate about it.

“I’m really excited by this one. I’ve had a change of record label since the last tour and I’ve had a bit of time outside of a record deal to reflect on things and also to work on the album that the tour is based around. Everything about this tour has a different feel about it and that’s because I’m more independent now. The album and the tour carry the message of empowerment and aspiration. I wanted the album to be uplifting, to feel like it’s got real heart and soul in it.”

The album, entitled I Am, embodies Leona’s drive to connect with the listener.

“The phrase I Am is a very powerful one because you can put whatever you want after it. You can use it to become something better, to propel yourself forward. The album has brought me more positive comments from listeners than I have ever had with any of my others. I feel that I have connected a lot more to my hard-core fans this time – the personal touch really does seem to have paid off. I’m happy as the album was very nearly a no-goer in the early days for one reason or another.”

The Cardiff show will be an uplifting experience. I want people to feel involved with the show so I’m wanting everyone to sing along. The tour kicks off in Liverpool in February – I’ll be promoting the new album but I’ll be singing some old favourites too. There’s something for everyone.”

Looking ahead to the new year, Leona is keen to get back to her roots.

“Next year will be about getting back into the studio, creating new music and most of all – spending time with my family.”

This interview was first published in 2015