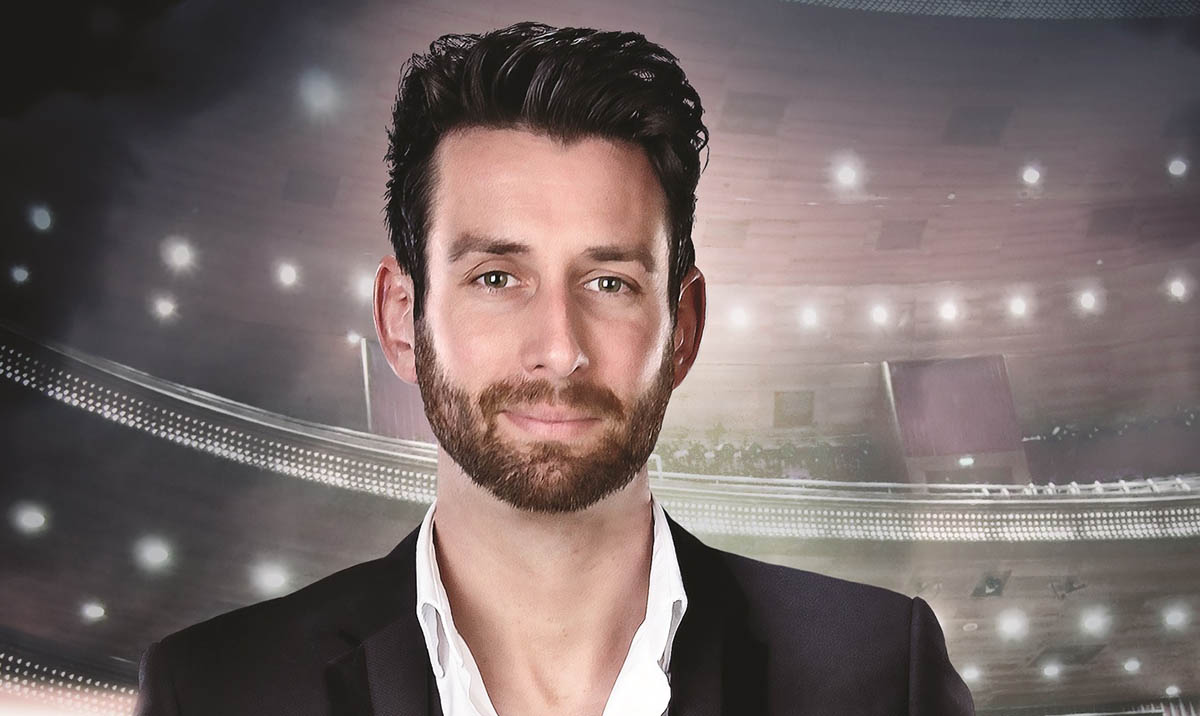 When Simon Cowell announces the phrase ‘I now actually believe in magic!’, one has to turn to the magician that prompted him to say it. Step forward Jamie Raven, who with over 200 million views online is one of the most watched magicians in the world today.

Jamie Raven first shot to prominence during last year’s Britain’s Got Talent show, charming both judges and audiences all the way to a runner-up spot. And this summer, he’s heading to Cardiff to wow Welsh crowds.

“I went to university in Bath and we were always jumping on a train and heading to Cardiff for nights out. This will be the first time I’ve been back to do a proper show since then, so I’m really looking forward to it.”

Jamie can chart his career right the way back to when he was a youngster:

“My mum gave birth to me at the end of August. As a result, I was stuck between two school years. My mum had to decide whether to put me in a class full of older kids, or a class full of younger kids. She decided to put me in a class with the older kids. I was tiny and I got pushed around, especially on the football fields. I found that one of the ways to be accepted by my peers was to perform magic. It gave me a certain confidence that I’ve taken with me.”

Jamie’s natural curiosity about magic led him on a journey of discovery.

“When I started out at the age of 10, there was no internet or YouTube. I had to read books and watch VHS tapes. There were two shops I used to visit in London where I would get my props. I joined the Magic Circle at the age of 18 and that opened up a lot of learning opportunities from other magicians.

“One of my first gigs was working in the corporate world where I’d literally have to approach tables, perform magic for them and leave my card. If they liked what they saw, they’d get in touch. It sounds horrendous and it was but it really gave me the confidence to approach groups of people. That confidence has stayed with me and stood me in good stead since.”

After 12 years of perfecting the art, Jamie felt that he had reached a ceiling.

“I’d reached a point in my career where I thought I couldn’t go any further. Magic is best performed in a theatre and I’d been doing a lot of corporate work. I had considered Britain’s Got Talent for a few years but magicians never seemed to do very well. Then last year, a guy called Mat Franco won the American version of the show and that persuaded me that I should give it a go.

“I vividly remember standing on the side of the stage, waiting to do my audition. For me, it was like standing on the edge of a cliff. If it went wrong, I could have potentially thrown away 11 years’ worth of career. If it went well, who knew where it would take me. I deliberately kept the audition low-key. The last thing I wanted to was to mess up spectacularly and to be included in the part of the show where some of the less talented performers appear. For me, I was performing for just four people – the judges. And although there were millions watching on TV, my focus was those four people.”

Appearing on a live show had its dangers, but Jamie impressed everyone to come a close second to the eventual winner, Jules O’Dwyer and her dog Matisse.

“My confidence comes from the fact that I’ve been doing magic for so long. It’s a bit like driving a car where things come to you subconsciously. I can never take too much for granted though as I like to bring an element of audience participation to my shows so there’s always that element of the unknown.”

Jamie finished the year with a flourish, headlining the most successful magic show in the history of London’s West End with ‘The Illusionists’.

“Some people like close-up work, some people like grand illusions. My Cardiff show will tick all the boxes so that everyone’s kept happy. You can come along and meet me afterwards too as we’re running a Meet and Greet.”