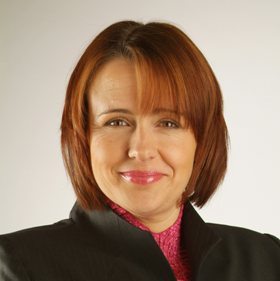 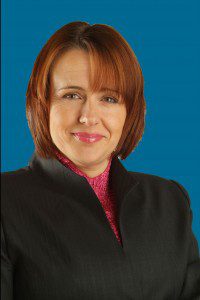 Tanni Grey-Thompson is now a Baroness

Dame Tanni-Grey Thompson is a legendary name in the world of sport. Christened Carys Davina Grey, her sister referred to her a ‘Tiny’ when she first saw her, pronouncing it ‘Tanni’ and the name stuck. Dame Tanni talks exclusively to Living Magazines about her childhood, her successful career and her new role in the House of Lords.

It is perhaps fitting that the Cardiff girl who overcame physical challenges is now leading the way for today’s generation of sports people. Considered to be one of the most successful disabled athletes in the UK, Dame Tanni Grey-Thompson’s career has taken her all over the world, earning utmost respect.

Born in Cardiff, Tanni lived in Heath, just around the corner from the hospital where her father worked. From the age of seven, Tanni had to wear callipers and use a wheelchair.

“I attended Birchgrove Primary and then St Cyres comprehensive school – my best memories are of St Cyres and the friends I made there. It didn’t matter that I used a wheelchair, everyone helped me get around, I didn’t feel any different to the other girls in my year, we all used to go into town on a Saturday for Peters Pies.”

Tanni’s teachers remembered Tanni as a girl who was determined to push herself to the limit, and it wasn’t long before Tanni became an accomplished all rounder at sports, enjoying swimming, archery and horse riding.

Even so, Tanni still had other obstacles to overcome:

“Other people’s bias was a problem back then. It still can be. I still get occasions when people in shops will ignore me and speak to the person behind me, or ask someone with me ‘What would she like?’ Nowadays I tend to tweet when I’ve had bad service, probably out of frustration and with a view to warning other disabled people what they might expect if they visit certain shops, restaurants etc. I do feel that attitudes are changing but we still have a long way to go.”

It was in Seoul in 1988, that Tanni first represented Great Britain and won her first Paralympic medal, the 400m bronze. Spinal surgery forced Tanni to take a year away from the track but at the 1992 Barcelona Paralympics, she stormed to victory taking four gold medals in the 100, 200, 400 and 800 metres and a silver in the 4x100m relay. The same year, she won her first of six London Wheelchair Marathons.

In Athens 2004, aged 35, she then took first place in the 100 and 400 metres bringing her Paralympic gold medal tally to an astonishing eleven. Her total Paralympic Medal tally is 11 gold, 4 silvers and 1 bronze.

“Looking back, the most satisfying aspect of it all was that all the hard work and the training each day was worth it. I have had a great career, met some wonderful people and visited some amazing places, but without all the hard work, dragging myself out of bed on freezing cold mornings to go training, none of it would have happened. I always say to young people starting out, pick a sport that you enjoy, then the training is easier. I always enjoyed my sport.”

Since her retirement, Tanni has continued to be involved in sport. She is a director of UK Athletics and a member of the board of the London Marathon.

In 2008 Tanni was appointed as a member of Transport for London, where she chairs the Environment, Corporate and Planning Panel, and is a member of the Surface Transport and Safety, Health and Environment Assurance Panels.

In 2010 Tanni was appointed to the House of Lords, where she serves as a non party political crossbench peer. Tanni took the title Baroness Grey-Thompson of Eaglescliffe in the County of Durham. Tanni is a working peer and hopes to use her experience and knowledge to great effect in debates in the House. She has most recently contributed in the Welfare Reform and Legal Aid Bill.

“My role in the House of Lords is like being at a new school. There are rules and conventions and I am very wary of overstepping the mark. I have been really busy in the last few months examining the Government’s welfare reforms – I feel that my role has been to examine the legislation to try and make sure that it is fair, I’m not sure that we have got there yet.” Tanni Grey-Thompson is now a Baroness

So what are Tanni’s hopes for this year’s British Olympians and Paralympians?

“I think we can see from the reaction to the torch relay that the British people are going to be enthusiastic about the Games and our athletes. It’s going to be a wonderful experience for everyone competing from the home nations and will, I hope, encourage them to amazing performances.”

Dame Tanni still fights the corner for disabled sport. Back in May, she used her considerable clout to back a scheme to tackle the opportunity gap that sees just one in six disabled adults playing sport regularly. Currently 17.6% of disabled people play sport at least once a week, up from 15.1 per cent in 2005/6 when the successful Olympic bid. Challenges still face disabled people wanting to take part in sport.

“I am delighted that this new allocation of funding is available and is specifically targeted at improving access to grassroots sport to more disabled people. I am confident that this will encourage people who don’t come from a traditional sporting background to participate.”

The girl from Cardiff who took led the way for many years is now leading the way for others.