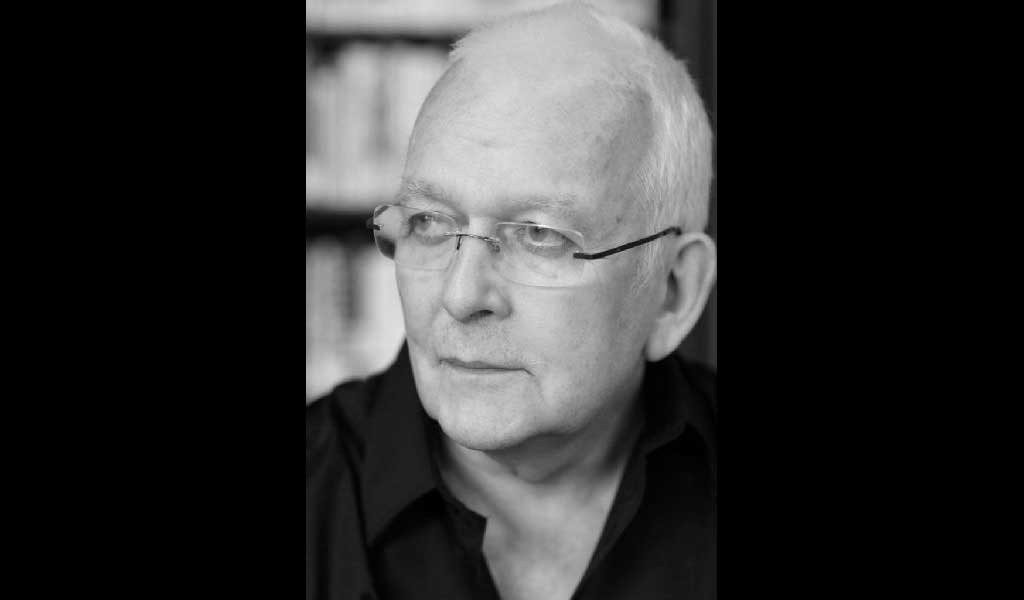 Writer Andrew Davies is the name behind some of the biggest shows on television. He tells Living Magazines about his childhood in Rhiwbina, and how he got into writing

He’s been described as ‘the undisputed champion of the bodice ripper, the King Midas of middle-brow drama.’

Pride and Prejudice, Sense and Sensibility, House of Cards, and Mr Selfridge are all titles that feature on his CV. His list of screenwriting credits is impressive, almost prolific, but writing wasn’t how it all started:

“I grew up on Lon-y-Dail. I remember going to Rhiwbeina Junior School – the winter of 1947 is a memory that sticks with me. We had about 3 or 4 feet of snow and we had to hack our way up to school. My Pugsley was the headmaster and I had a teacher called Miss Foster, who wore this funny-looking leather flying helmet. It looked like the scrum caps rugby players wear these days. She was very good at getting us to work out mental arithmetic. The village felt a lot closer then than it does now. It was less connected to Cardiff as a city.”

“I also remember going to Sunday School at Beulah Church. In later years, we’d skive about and head up the Wenallt instead. There was a little store about halfway up the hill and we’d go in and buy a bottle of pop.

“I lived in the village until I left for university. My parents continued to live there, my Dad living there until he died in his late nineties. I was always good at English and enjoyed writing poems and stories. I actually quite fancied myself as a singer or an actor. I entered a lot of competitions and auditioned for school plays. Then my voice broke. My beautiful singing voice suddenly became very ordinary. It was all rather depressing. My Dad, who was a teacher, always told me that writers never made any money. I went into teaching myself, but carried on my writing alongside it. I could have carried on teaching for a long time.”

It was at University College, London where he received his BA in English. He took a teaching position at St. Clement Danes Grammar School in London, where he was on the teaching staff from 1958–61.

By 1960, Andrew was contributing material to the BBC Home Service’s Monday Night at Home strand, alongside Harold Pinter and Ivor Cutler. He wrote his first play for radio in 1964 and many more were to follow.

“Dylan Thomas was a big influence for me when I was starting out. It wasn’t so much his poetry – it was more reading about his life. He seemed to have such a similar suburban childhood to mine. He’d write about things I’d done as a child.”

Andrew’s first television play, Who’s Going to Take Me On?, was broadcast in 1967 as part of BBC1’s The Wednesday Play strand. His early plays were written as a sideline to his teaching work, many of them appearing in anthology series such as Thirty Minute Theatre, Play for Today and Centre Stage.

His first serial adaptation of a work of fiction was of To Serve Them All My Days (1980), from the novel by R. F. Delderfield. He is also well known for adaptations and dramatisations, including Michael Dobbs’ House of Cards and its sequel, To Play the King, George Eliot’s Middlemarch, and Jane Austen’s Pride and Prejudice. Austen’s Sense and Sensibility was first aired on the BBC in January 2008 with series such as Mr Selfridge (2013) and A Poet In New York (2014) to follow.

In addition to all of this, Andrew was writing children’s television and books (he wrote two original series of Marmalade Atkins and dramatised Alfonso Bonzo from his own children’s novel) and has written feature film screenplays, including Circle of Friends and an adaptation of his own book, B. Monkey.

The first of his few novels was Conrad’s War, published by Blackie in 1978. Andrew won the annual Guardian Children’s Fiction Prize, which is judged by a panel of British children’s writers and recognises the year’s best book by an author who has not yet won it. He also wrote the stories Dark Towers and Badger Girl for BBC TV’s Look and Read series of programmes for schools audiences.

“I’ve had lots of landmark achievements along the way,” he says. “Things like Pride and Prejudice stick out. For me though, my proudest achievement would be a TV show I wrote back in the 1980s. It was called A Very Peculiar Practice and was set in a university. I used a lot of the things I’d learnt when I was teaching in university and for me, it was my most personal piece of work.”

In film, he has collaborated on the screenplays for both of the Bridget Jones films, based on Helen Fielding’s successful novels.

With the amount of work he’s racked up, it’s no surprise to discover that Andrew has to put the hours in.

“I have an office next door to where I live so I keep regular hours. I like to be in by 9am and finish around 6pm. However, I’d probably say that I only get about 2 hours of real work done by the time I’ve finished answering emails and so on! I’m currently working on War and Peace, which will be aired on BBC One later this year.”

“I’m happy to keep on working. I think it’s a bit too late to think about any unfulfilled ambitions. I always wanted to write a hit pop song or be a backing singer in a rock band but I’ve had a pretty good run of things to date.”